Who will become the best Summoner of 2021?
Please read below for more information on the schedule and registration.

Summoners War Esports Official Website has been upgraded!
You can not only check the entire schedule and tournament method, but also the past SWC champions, highlights and special artworks designed exclusively for SWC (can be downloaded for free)! Make sure to visit the website via the link below.

▶ Preliminary Bracket Details
(↑ Tap the above link to be directed to the notice on the preliminary brackets.)

[Player Application Period]
- When the page opens on Jun. 15th until Jun. 28th 12am PDT
※ Please enter the game, tap the EVENT button to access the registration page.

[Tournament Schedule and Method]
■ Preliminary Participant Selection (Planned in early to mid-July)
Among the applicants, preliminary participants will be selected based on their records of the World Arena Season 16 and 17.
* The number of qualifiers of each region is different.

■ Preliminary (Planned in late July to late August)
※ Preliminary matches will be played in BO5 format for regional cup final matches, and BO3 format for other matches.
※ The detailed schedule for the preliminaries can be found on the Summoners War esports official website.

1. Europe and Americas Preliminary
- Based on the records of Season 16 and 17, 16 players will be selected as the preliminary participants regardless of the regions. 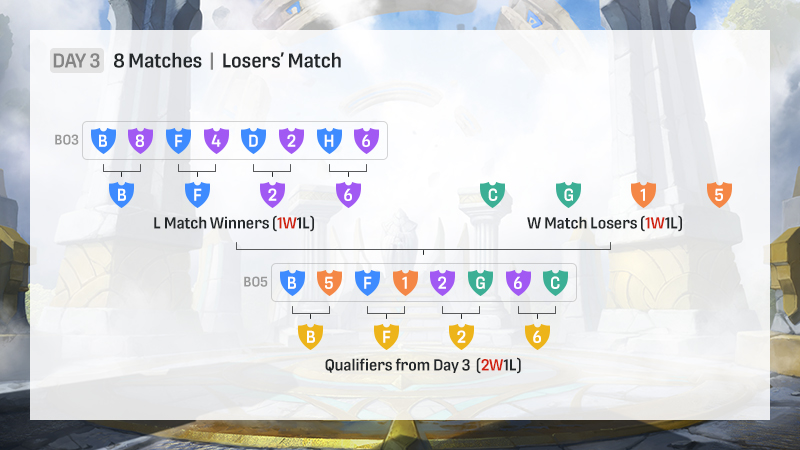 (2) The players who lost in the first day's match will play the second day's loser match, and the final winner of the loser match will advance to the Regional Cup.
※ The bracket of DAY 2 will be decided according to the records of DAY 1.

■ Regionals
- Americas Cup: Sep. 12th 11am PDT
- Asia-Pacific Cup: Oct. 1st 10pm PDT
- Europe Cup: Oct. 23rd 5am PDT
: Single elimination tournament
: Matches will be played as Best of Five
* For China, a separate qualification match will be held in August 7th (local time) to determine the qualifier for the World Finals.
* A separate notice will be made when the schedule and/or time chances due to local situations.

Detailed information regarding each regional preliminary will be notified via separate notice.

Please stay tuned for various rewards that will be given out during the live streaming!
You can watch all of SWC2021 matches from our Summoners War Esports YouTube channel.
★ Subscribe to the channel now